The Harriers round up of racing from January covers a wide range of disciplines including road racing, trail running and cross country. 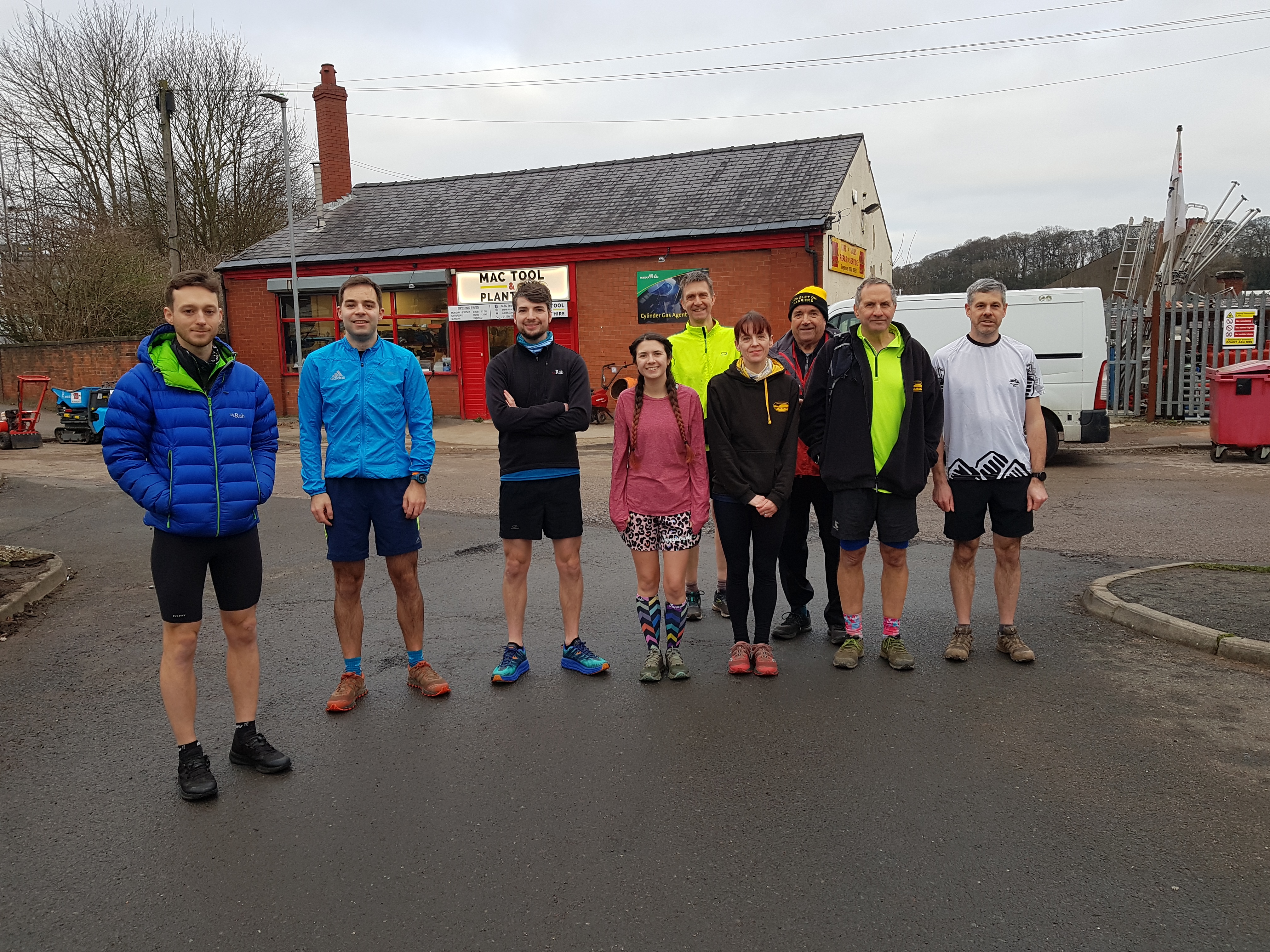 A great way to start the new year is with cross country and there were plenty of Harriers who turned out for the Cheshire Cross Country Championship on 8th January at Pickmere. The wet weather turned the hilly course into a muddy quagmire and also led to the parking having to be relocated a mile away from the course leading to added complications for the racers.

In the Women’s 3.8 mile race Emma Weston had a storming run to finish 21st out of the 97 runners and pick up 1st place in the F50 category. This was a particularly impressive run from Weston as it was her first competitive race back after a long injury layoff which had side-lined her for most of 2021. The other Harrier keeping her company in the race was Georgina Budd who came in 83rd in 40.41.

Sticking with the cross country theme, the final weekend of January also saw the holding of the Northern Cross Country Championship. The race, held way over in Pontefract at the horse racing course, attracts a high calibre of runner from all over the region and at 8.3 miles long is also a significant step up in distance. The beauty of cross country, is however, that whilst it attracts elite runners it is still open to all and there were plenty of accomplished but slower racers who turned up to enjoy the event. The conditions were dry with a firm footing underneath but the racing was made significantly harder due to Storm Malik which whipped up some strong, biting winds.

In between these two races there was a MACCL cross country race on 15th January at Tatton Park which Bryan Lomas also attended in order to maintain his form (and also just because he is a massive fan of cross country racing). In that six mile event he finished 133rd out of 470 runners in 37.55.

Going back to the start of January the first weekend of January also saw the running of the “Hit the Trail” race. This race takes place in Reddish Vale Country Park to the north of Stockport and is mainly run over undulating trail/mud tracks criss-crossing the park. There were three Harriers taking part amongst the 355 runners over the 4.7 mile course. Suzie Roscoe crossed the finish line in 134th place in 39.42 followed by Rob Parkin, 287th in 50.45 and Dave Taylor, 300th in 52.04.

The week after (22nd January) it was the winter edition of the club’s Cloud Handicap race. This race has been in existence since the club was formed almost 40 years ago and, due to the leasure centre being rebuilt, reverted to it’s original starting point just outside the rugby club’s clubhouse.   In this race the more able runners are handicapped by having a delayed start based upon their recent form and results. In this instance the last runner had a handicap of over 44 half minutes compared to the first runner. The winner is the first runner to make it back having navigated the seven miles and 860ft of ascent.

Tom Fellbaum’s impressive pace, starting from the back, saw him set a new course record for the winter event.

The final two races of January both took place on 30th. The first was the Stockport Daffodil 10k, which is a new event for the Harriers. It’s a surprisingly undulating multi-terrain course with some short off-road sections and a sting of an uphill finish. Kelly Hurlstone was 307th out of the 839 runners finishing in 49.12 with Suzie Roscoe not far behind finishing 313th in 49.23 and Rob Parkin 575th in 58.06.

The other race was a solo ultra-event: Lady Anne’s Way is a historic trail following the footsteps of Baroness Clifford of Westmorland from the 17th century. The 100 mile route goes between Skipton Castle, where she was born to Brougham castle where she died and finally on to Penrith. This event, staged over two days sees the competitors completing much of their running in the dark. Graham Cooper finished the 100 miles in 3.48.07.

If interested in joining us, there are official club runs on Monday, Tuesday and Thursday all setting off from the Congleton Tennis Club. The club is always keen to see new members whether you are a speedy racer or more of a social runner.  So, if you are thinking of thinking of joining then just come along to one of the regular/ club runs for a few weeks and try us out for size; you will be made to feel more than welcome with no obligation to join. You can find full details on our Congleton Harriers website:  Congleton-harriers.co.uk.  You can also connect with the club on Facebook where details of club activities are posted regularly.